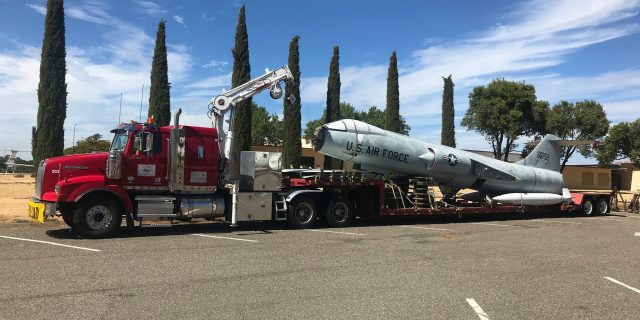 The wellknown preserved F-104A 56-759 with fake serial 56-752 was recently dismantled at Travis Air Force Base and transported to the March Air Force Base museum.

It arrived at March on July 9th and installed next to their preserved Delta Dagger aircraft.

The aircraft is officially owned by the USAF air museum at Wright Patterson AFB and handed over on loan.

We hope the museum will spend some hours to find the final evidence inside the aircraft that this is indeed F-104A 56-759!

(Photo thanks to the March AFB Museum)

Note: More information can be found on the museum facebook page: https://www.facebook.com/MarchFieldAirMuseum/?rf=194229453979858