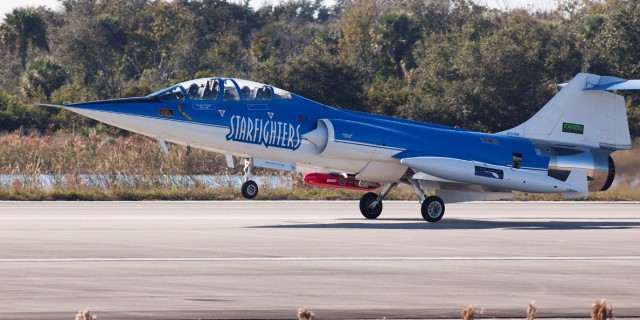 (Thanks to Piercarlo Ciacchi and IFAS news)

GAINESVILLE, Fla. — A University of Florida researcher is exploring whether the latest plant, animal or human health threats will come from the sky.

Using the first ever high-altitude sampling device designed to collect microorganisms from the upper atmosphere, Andrew Schuerger, an aerobiologist with UF’s Institute of Food and Agricultural Sciences, will examine the massive dust clouds that roll into Florida from Africa each year.

The maiden flight of the device, known as Dust at Altitude Recovery Technology or DART, was flown on an F-104 Starfighter jet Tuesday at the Kennedy Space Center in Cape Canaveral.

Schuerger, a member of UF’s plant pathology department, will work to identify the frequency and types of microbes in African dust, including whether pathogens are present, and hopes the research will lead to computer models for predicting future disease outbreaks.

“There’s a tremendous amount of African dust that comes into the U.S. each year, approximately 50 million metric tons annually,” Schuerger said. “And very little is known about the microbial diversity in that dust, in general, but also in particular whether they’re plant, animal or human pathogens.”

Previous dust collection devices were deployed on tops of tall buildings or towers, but never able to fly through several layers of dust, as does the DART device —strapped under the F-104’s wing.

A few published research papers show that plant and human pathogens can be found in the African dust plumes that move across the Atlantic Ocean, Schuerger said, but they’ve never been collected and tested to see if the suspected pathogens cause disease symptoms in susceptible hosts.

“Once we understand the time and spatial distribution of the microbes in the dust, we can begin to model health risk for agricultural crops, forests, estuaries, animals, and human populations in cities,” he said.

Microbes found in African dust plumes include Bacillus megaterium, Serratia liquefaciens, and species of Streptomyces and Pseudomonas, all of which can be potential plant or human pathogens.

The DART device is cylindrical, about 7 feet long, and has a series of scoops in its nosecone that are controlled by a scientist sitting in the jet’s co-pilot seat. The scientist can switch the scoop doors open or closed at designated times to collect air samples on separate filters inside the wing-mounted system.

Tuesday’s flight tested the DART device’s collection mechanisms and took samples at 1,000, 5,000 and 10,000 feet and at two different air speeds. A full sampling program is slated to begin in 2014 when the dust storms normally hit Florida in July, August and September.

The research also has implications for future spaceflight missions because spacecraft are assembled under strict sanitation protocols to avoid transferring Earth microorganisms to other planetary bodies, such as Mars or Europa.

“If there are unique microbes coming in with heavy dust storms, protocols for assembling or transporting spacecraft from their assembly buildings to their launch pads may need to be changed,” Schuerger said.