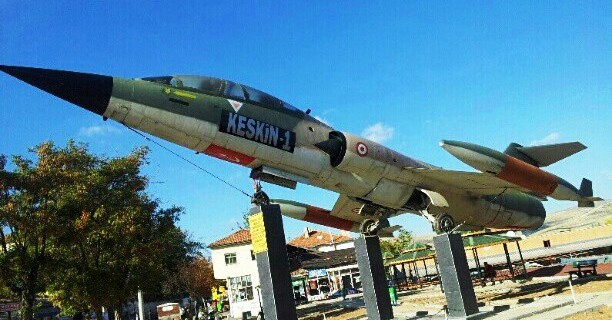 Today we received information from IFS member Batur Avgan about the move of TF-104G 5945 recently. He stated: the TF-104G (c/n 5945) was moved from the Kirikkale University campus to a small town named Keskin in Kirikkale province. As you can see in the attached photo, the town named the aircraft as "Keskin-1". This name actually has a nice story. After the WWI, the newly founded Turkish Republic was pretty poor, so does the newly established Turkish AF. The government started a national campaign to raise funds to buy new aircraft. The residents of the Keskin joined in and managed to raise funds to buy a Breguet 19. When the Breguet arrived in 1926, the name "Keskin-1" was written on the aircraft. Although the TF-104G 5945 had nothing to do with Keskin today, I believe it brings good memories to the residents of this small town.