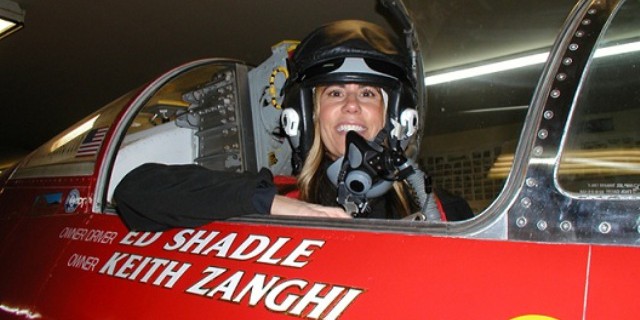 The North American Eagle land-speed record challenge team has been looking for the right driver of its car to take over from project manager Ed Shadle.
The converted F-104 Lockheed Star Fighter jet once flown by some of the most famous test pilots of the 1950s and 1960s has been tested for the past six years but has yet to make its attempt at the record currently held by Andy Green in the Thrust SSC at 763 mph.

Shadle has been working to bring that record back to the U.S. for the first time in 15 years. He selected two-time motorcycle land-speed record holder Valerie Thompson, 45, originally from Tacoma, WA and living in Scottsdale, AZ to drive the 50,000-horsepower jet-powered car, designed to travel at over 800 mph.