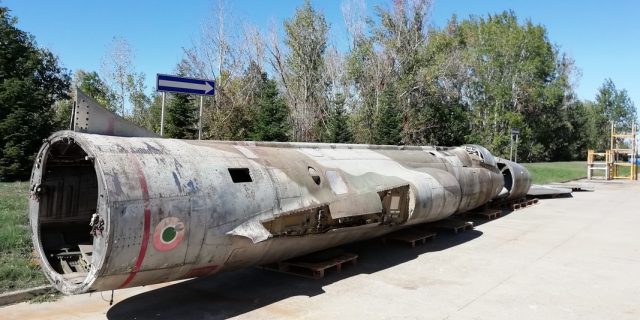 From our AMI reporter Luca Golinelli.

Late September 2019 the fuselage from F-104S/ASA MM6797 (code 5-36) was found with a company at Codevilla (Pavia). The plan of the company is to restore it and put it on a pole on their company premises. The aircraft was bought from the scrapping company at Bentivoglio where it could be found for sale for already 16 years...
The nose section came from ex F-104G MM6551 and the tail from ex F-104S/ASA MM6845, also from Bentivoglio. Sadly the aircraft has no under carriage anymore.
The photos were taken by Luca Golinelli at Codevilla on September 29th.

When we get more details we will update the news.