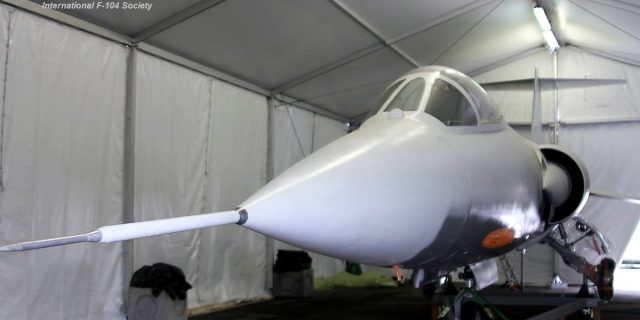 This F-104S-ASA (c/n 1081) MM6781 "5-31", that until april 2017 was preserved on blocks at the Aviosuperficie Guido Paci in Montegiorgio
Ascoli Piceno, has since been transferred by Aeronautica Militare to Base Tuono in Passo Coe near Folgaria (Trento) in the Italian Alps for
restorationa as static display care of the local GAVS branch.
They are in the process of repaining it in standard NATO tactical camo in the codes and markings of the 155° Gruppo, 50° Stormo, by that time based at S. Damiano (PC). They will portray 50-01, the very same codes this machine carried when assigned as an -S to the 50° St. prior to being transferred to the 5° Stormo in Rimini (the current markings).

Photo thanks to Fabio Castelvetri, taken on August 11th.