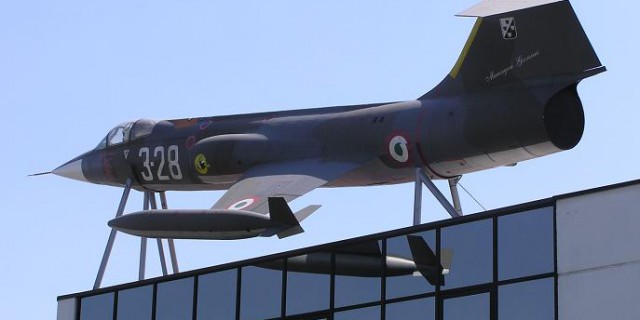 We got reports that the F-104S (c/n 1068) MM6768 "3-28" of the Italian Air Force has been seen being transported by a truck towards Verona Villafranca. For a long time, since it was mounted on November 18th, 2004, it could be found preserved on the roof of the main building of company CUBI SRL at Dossobuono, Italy. It is stated that it has been transferred to the new premises of the company (CUBI SRL) which is now in the South West area at Caselle. (coordinations 45°24'36.8"N 10°53'18.0"E).
We hope to get soon some pictures of the aircraft on its new location.
For those who are interested, the fuselage is indeed MM6768 but the tail section came from MM6785 and its nose from MM6809.

Thanks to Matteo Rossato and Johan Mulder