FX99 back to Belgium 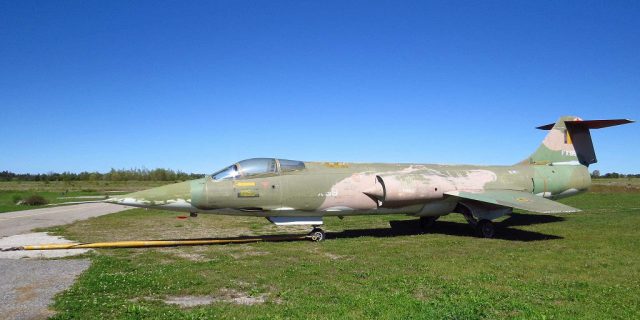 Yesterday, September 20th, 2021, the F-104G FX99 (cn 683D-9172) at Markham Airport in Canada, has been removed from its storage location where it has been standing for 24 years.
The aircraft has recently been obtained by Peter Mullens who is planning to dismantle the aircraft and ship it to Belgium, the country it flew the very last Belgium Air Force F-104 flight on September 26th, 1983 by Francois Aerts (to Koksijde), see beneath.

The aircraft (2617 airframe flying hours) was sold for demilitarization by Radcomm at Koksijde in January 1987 where all spare parts were taken out of it for future market sales. In 1990 the rest of the aircraft was sold to Steve Alex in Bangor Maine, USA and shipped in November to its new destination. At Bangor the aircraft was restored and brought over to the Canadian Air Land and Sea Museum at Toronto in the summer of 1994, where it would be part of the collection until 1997. In November 1997 it was transported to its current location at Markham Airport, Canada as part of the International Vintage Aircraft collection (but still owned by the museum at Toronto).  The vintage planes were part of a collection gathered by the airport's caretaker, Allan Rubin. Sadly Rubin died on May 18, 2020, at the age of 81. See picture beneath taken by Alan Rubin during the arrival.

It is stated that the aircraft will be brought over to a location at Helchteren in Belgium and we hope the aircraft will get the attention it needs and will be saved for the future.
Pictures thanks to Peter Mullens showing the aircraft at Markham being prepared for shipment back to Belgium.