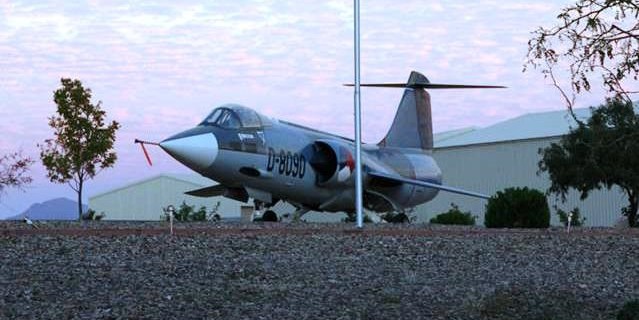 Ex Belgium Air Force F-104G (c/n 9139) FX81 has been part of the Air Victory Museum in Medford-NewYersey as Royal Dutch Air Force "D-8090" for a number of years and since 2013 it was offered for sale.
It was sold to IFS member Steve Alex. Recently it has been brought over to Arizona. It is now preserved at the Inde Motor Speedway circuit at Wilcox, Arizona.
It still carries the Dutch Air Force livery with serial D-8090 but it is possible that the current owner will repaint the aircraft in the future.
We are still looking for good photos of this Starfighter taken at this new location.