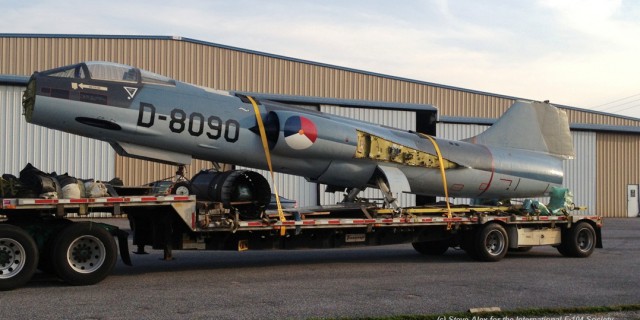 IFS Member Steve Alex reported this week that the F-104G FX81, preserved at the Air Victory Museum in Medford-NewYersey has been found a new owner (Aviation Industrial Realty Corporation, Arizona USA). It has been for sale quite some time and has been transported to the new owner somewhere in Arizona. We hope to get more information about the new location and also about the plans with the aircraft which looks still in a pretty good condition altough wearing a fake Dutch Air Force serial "D-8090". Transport took place on 16 August as seen on the photo provided by Steve.