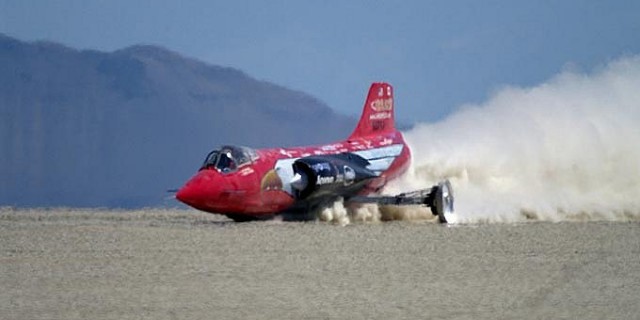 The land speed record for females has stood for 48 years since it was set in 1965 by a woman named Lee Breedlove.
That record in 1956 was set on the Utah Salt Lake Flats with an average speed of 308.51 mph over a total of four runs ..
That record was broken recently with Jessi Combs setting an average speed of 392.954 mph on October 9th using the F-104A body race car North American Eagle.

More information can be found: http://www.slashgear.com/female-land-speed-record-broken-by-jessi-combs-after-48-years-15301457/