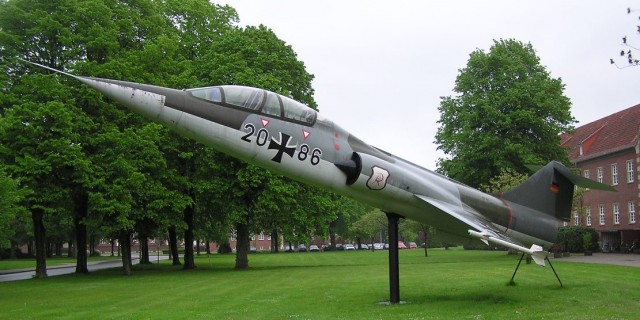 On June 4th we received very sad news that the F-104F 29+16 (fake coded "20+86") on pole at the Blücher barracks at Aurich, will be scrapped. A month ago it was offered via VEBEG for sale but sadly the German Air Force has decided that it will be taken down and scrapped due to the still valid military constrains by the US authorities...
However today (June 12th) it was stated that it was sold and that also US authorities have to sign the agreement.
We have no idea who bought the aircraft, we will find out soon hopefully!!!

But we are glad that the aircraft will not be converted into a big amount of rough aluminum!!!!