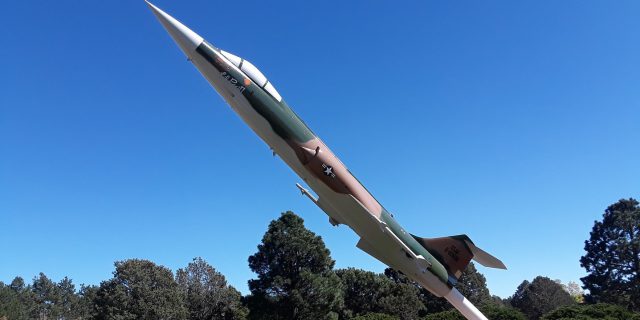 A few years ago we already reported the planned restoration of F-104C 56-936 at the Peterson Air and Space Museum on Peterson Air Force Base in Colorado Springs, Colorado. They had this former USAF F-104C preserved on a pole representing an F-104A with fake serial "56-808" and would like to change it back to its original identity when it was dismantled for planned overhaul and restoration. We provided the team with a lot of photos and information to help them transforming the aircraft to how it looked like in Udorn Thailand when serving 435 TFS in 1966/67.
After a small delay the managed to restaurate the aircraft completely and it was mounted back on the pole this autumn.
On the photo (taken in September by Jeffrey Nash) it is clear that the aircraft representation needs some corrections which have been advised by us already to the museum curator.
(Information thanks to Jeffrey Nash) 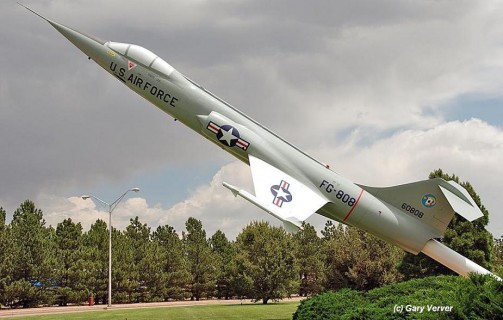