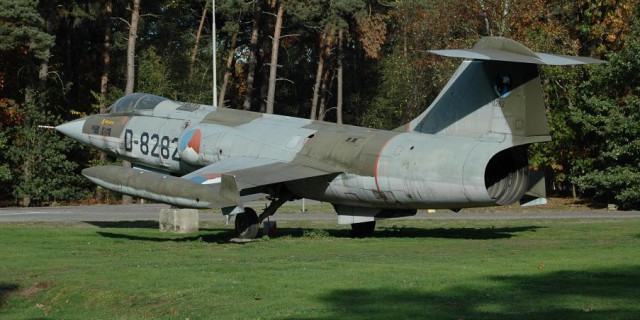 At this moment the MLM waits for the final approval regarding the current negotiations with the Spanish FPAC ( Fundació Parc Aeronàutica de Catalunya). It is expected that this will not take long and then the D-8282 will be transported to Spain as soon as possible. The Starfighter will be a wonderfull addition to their nice collection including a Hispano Aviacion HA-220, F-4 Phantom, T-33, F-86 Sabre and an old Polikarpov I-153. After arrival a number of trainee engineers will start a project on restoring the F-104 completely. The organisation is also used as some kind of training school. It is not sure which registration and markings the Starfighter will receive. More information about the FPAC can be found here: http://fpac-flyingheritage.blogspot.com

So it is clear that this F-104 deal has no relation to the intention of a group of people at Torrejon Air Base to achieve an old ex Spanish Air Force F-104 back to Spain, as we mentioned as a possibility in our report on January 4th.