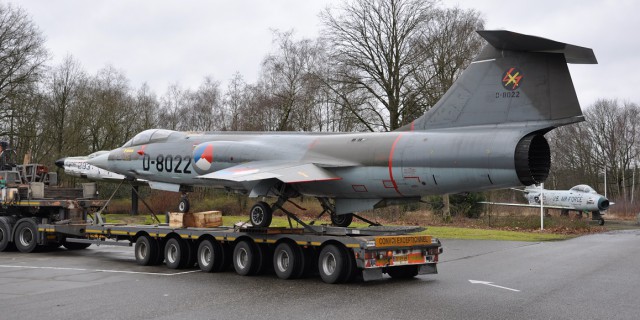 The Dutch Air Force Museum (Militaire Luchtvaart Museum - MLM) at Zeist will be merged this year with the Dutch Army museum in Delft and become the new National Military Museum (Nationaal Militair Museum - NMM). This museum is being establised at the former Soesterberg Air Base and will be opened in Autumn this year.
The MLM was closed in July last year to start the big move and preparations for the new location. Now also aircraft are transported to Soesterberg like this F-104G D-8022 which was moved today.
(Thanks to Rob Dragt for the photos.)
@ 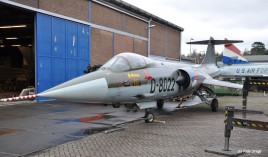