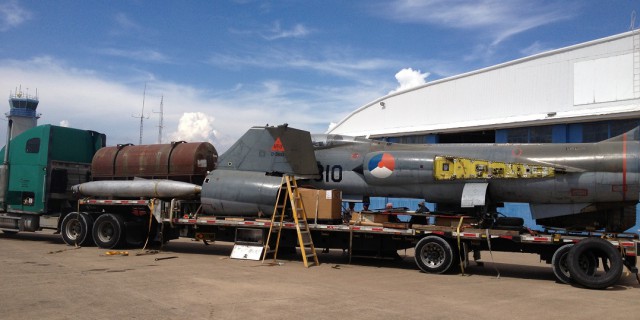 Hello all, today we received news from IFS member Steve Alex that he is now the proud owner of former Netherlands Air Force TF-104G D-5810.
The aircraft has been for sale for a number of years now and Steve has put the aircraft on transport to Maine, USA on July 20th.
Although the aircraft has been bought including its very good quality J79 engine, his plans are not to make it fly worthy again but to refurbish it and paint it in NASA colors.
It will be ground operational only. Once completed the plan is to donate it to a museum who will give it a good home for other to enjoy.
The photo shows the aircraft loaded for transport to Maine on July 20th..