D-5805 arrives this week at Edmonton 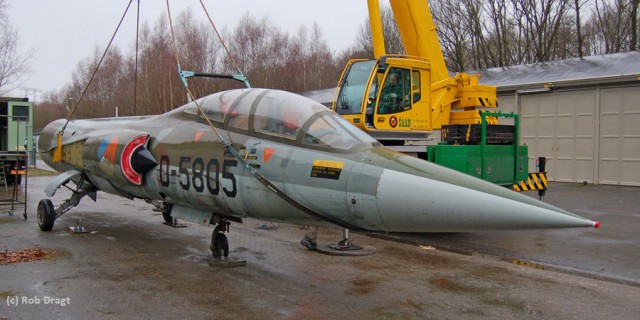 Yesterday (tuesday March 26th) the Alberta Aviation Museum in Edmonton, Canada would receive the long expected ex Dutch Air Force TF-104G
D-5805, being delivered in two containers.
The aircraft will be restored into an ex Cold Lake CF-104D in bare metal look, and revealed at the end of this year (planned).

Due to some delays with customs this tuesday the aircraft is now expected to arrive today (wednesday March 27th) or tomorrow.

(Photo by Rob Dragt was taken on 28 January 2010 when it was transported from the war museum in Best to the Dutch Air Force storage area in Soesterberg.)