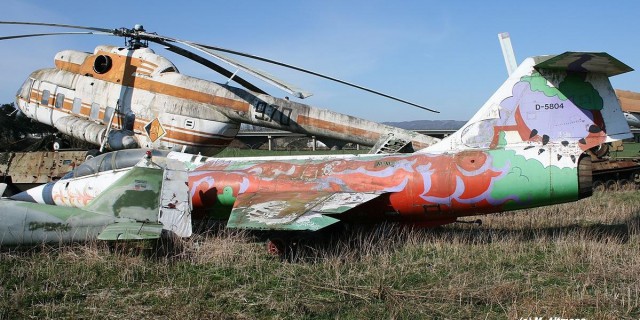 Early December this year the ex Royal Netherlands Air Force TF-104G D-5804 is expected to return back in Holland.
The aircraft has been preserved within the Motortechnica Museum in Bad Oeynhausen, Germany since 1998. In between, due to the fact that it has received no treatment at all and preserved outside, the airframe must have been heavily corroded.
Since the aircraft still belongs to the Netherlands Air Force museum (MLM Zeist), they decided to take it back at the museum storage at Soesterberg. Soon after it is expected to be stripped from parts and transported to Oudemolen for scrapping.
Photo was taken by M. Altmann at the museum on March 23rd, 2008.