Classic Aircraft museum in Oregon on the move 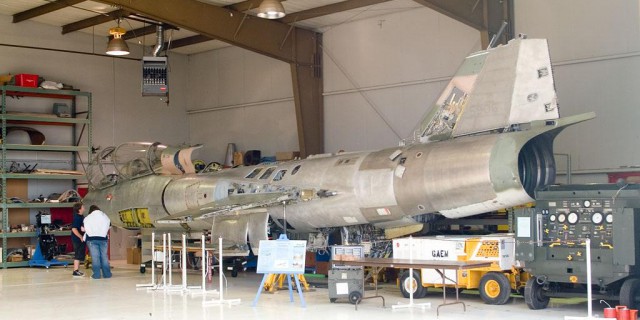 Recently we heard rumours about a closure of the Classic Aircraft museum in Oregon, USA.
After checking we found out that the museum is actually not closing but moving, in a way to become a new museum at the Corvallis Mun. Apt.

Most of their other aircraft are currently at the Tillamook Air Museum, in Tillamook, Oregon on the coast. The museum is in the process of moving most of the aircraft to Corvallis, where they plan to reopen the museum.

Update from the team : We are moving the main display area of the Museum to CVO.  We have the FBO there, and a large WWII hangar, so it will be good to get the aircraft in one place.  The TF-104 is already there.  The restoration/maintenance hangar will remain at HIO however, so the F-104G will likely remain there, or return there, when we get back to that project; it is still very viable.  In the meantime, we have the F-5F that will be the initial focus at HIO.  Since we lost the lease on our second hangar at HIO 5 years ago and relocated some of our aircraft to the Tillamook Air Museum, we haven’t had the room at HIO for restorations.  Hopefully, this move will jump start several projects, and offer a nice display area for the collection.