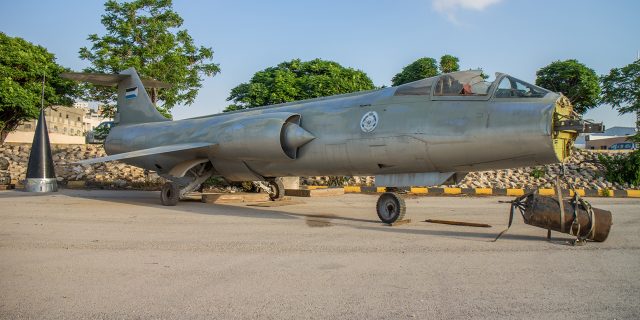 Last summer Sam J Basch from South Africa visited an exhibition in Amman. Around there among other old aircraft he also noticed an unmarked F-104A at the King Abdullah I Air Base at Marka. It was identified as being F-104A 918 "O". All markings had been removed and the canopy was shattered. The nose cone was removed and placed alongside the fuselage. In December 2016 some people at the air base stated that the aircraft will be restored completely. It looks like the restoration will take quite a while to finish. Hopefully they will accomplish this project succesfull.

Photos thanks to Sam J Basch.