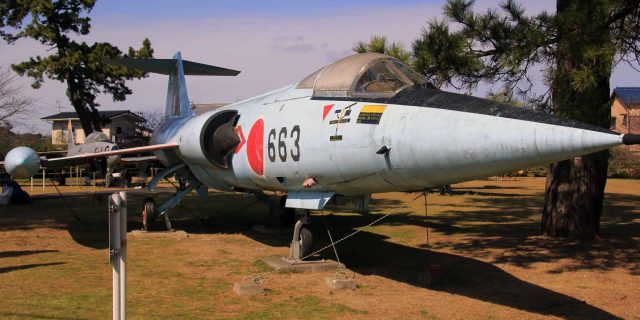 Today we got the terrible news that again an F-104 will disappear from the scene.
The 3rd Technical School, based at Ashiya (Fukuoka Prefecture) stated already July 19th, that aside their preserved T-33 aircraft also their preserved F-104J 56-8663 are offered for scrapdealer offers. This is probably due to avoiding big maintenance costs for refurbishing the heavy corroding aircraft, standing outside day by day since the arrival late 80s.
The Air Force decided that the Starfighter will go except the main landing gear tires.
The plan is that the aircraft will be scrapped around September 30th this year.

Beneath a picture showing the aircraft in better days, operational with 207 squadron at Naha AB on September 19th, 1978.  (Thanks to Willy Metze)