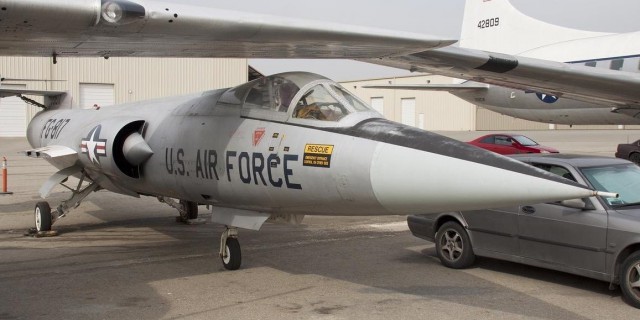 Due to the recent budget cuts at the Warner Robins Air Museum a number of aircraft had to be sold. One of them was the F-104A 56-817 with the specific wing-contruction to have it transported for display purposes. The aircraft has been transferred to the Planes of Fame museum in Chino being the 2nd F-104 in their collection right now (next to the ex Belgium F-104G). Photo was taken by Ian Haskell on March 20th this year.