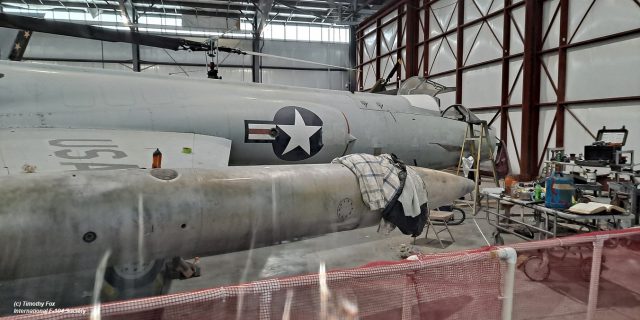 After the YF-104A 55-2967 was withdrawn from active use it became a monument at the Air Force Museum in Colorado Springs where it arrived in 1967. After sitting there as a proud memory to the mighty century-series it was taken away in 2003 and transferred to Pueblo (also Colorado) to be added to the Pueblo Weisbrod Aircraft Museum collection. In May 2012 it was repainted due to the bad state and brought back to the museum in June that year. However the museum realized the status of the aircraft and decided to start a big restoration which started in 2021. At this moment the team is performing a great job and we hope that the aircraft will be restored and repainted as it appeared in the sixties before retirement. The International F-104 Society is offering assistance for this purpose.

Pictures were taken by Timothy Fox at Pueblo on January 20th, 2022. 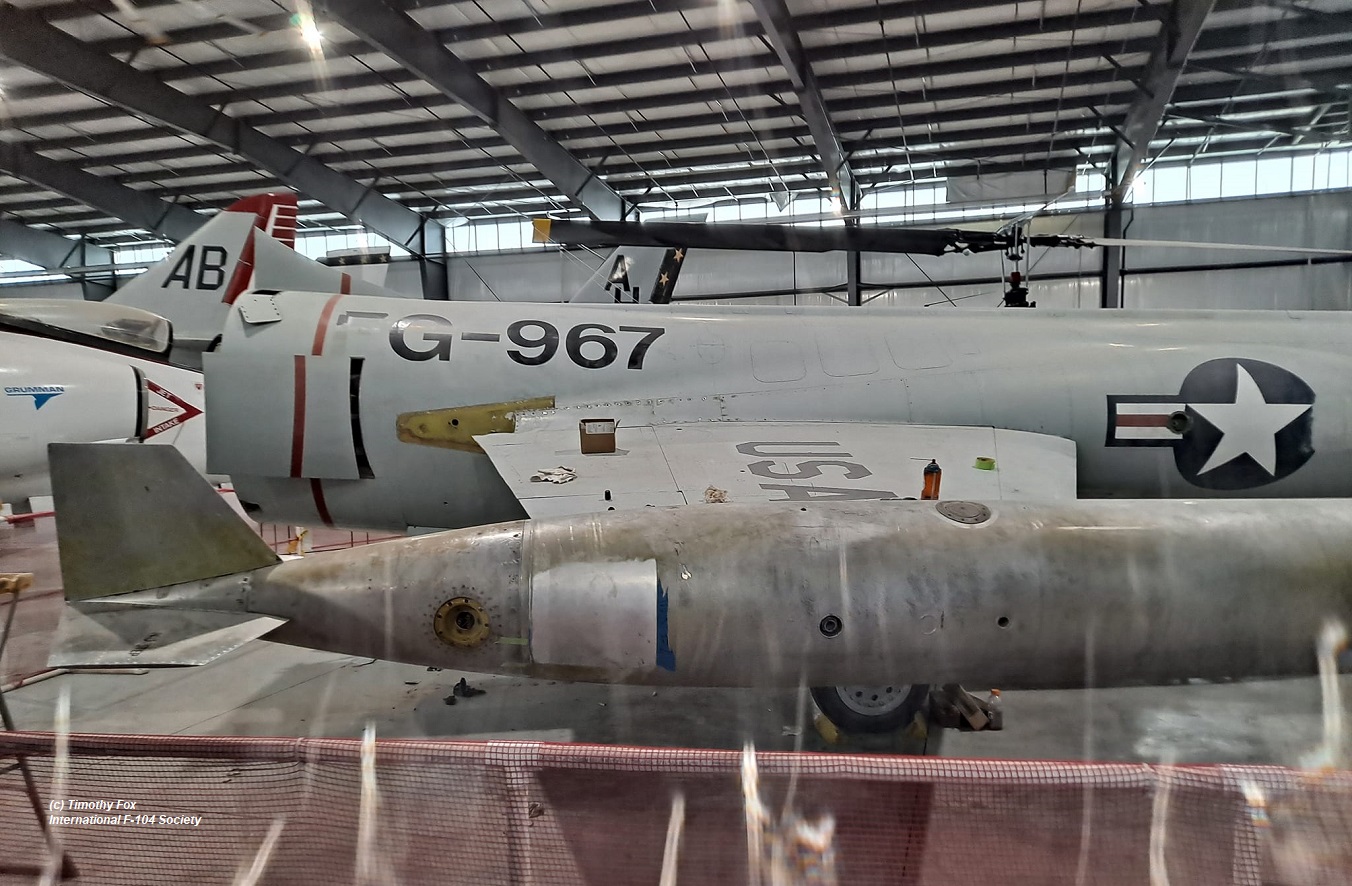 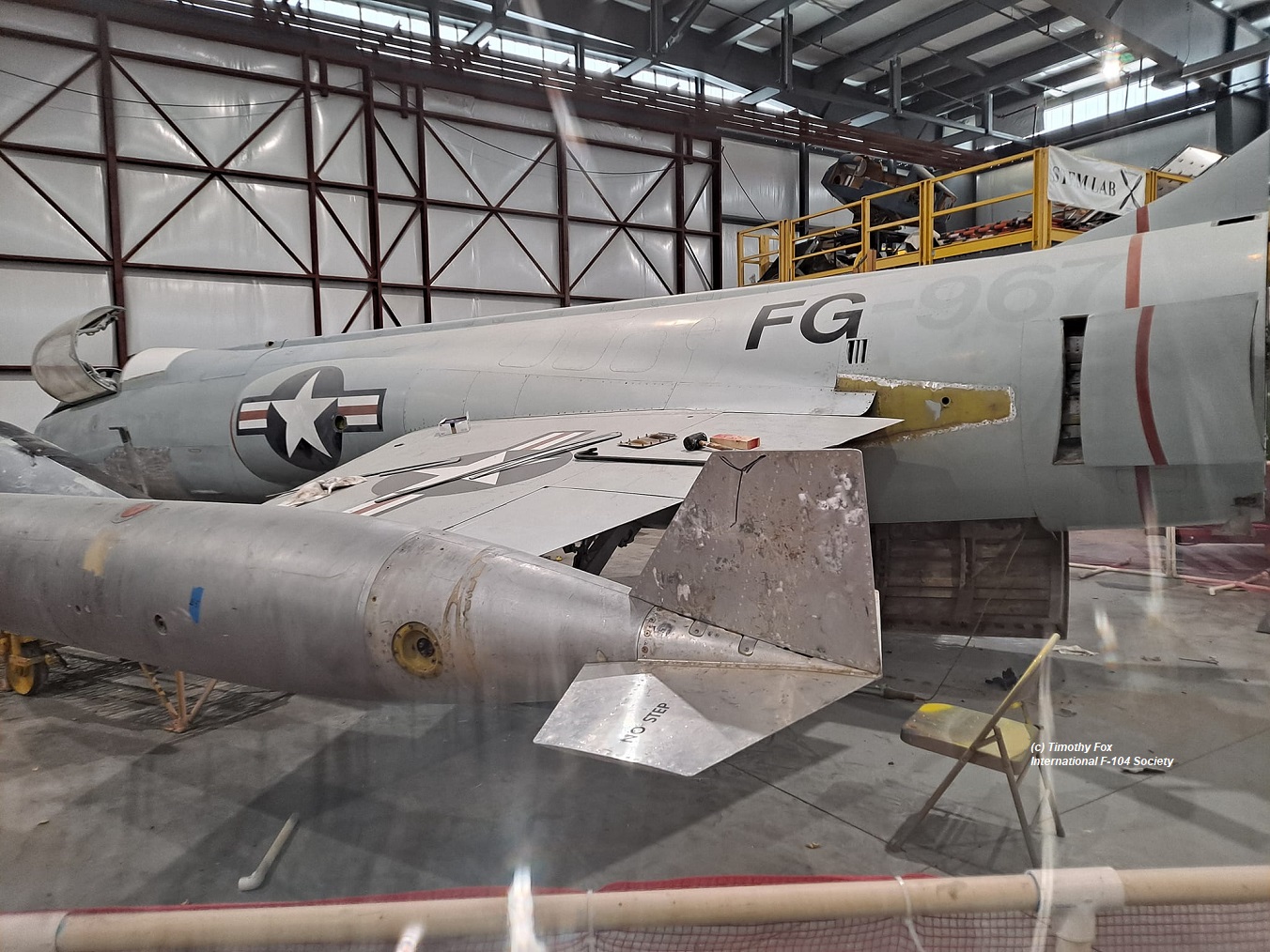