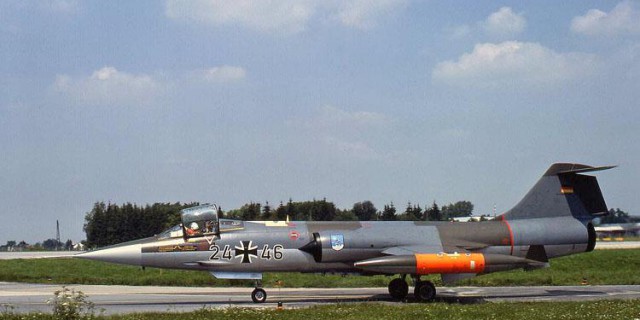 We received news that a guy in the Netherlands has bought the F-104G 24+46 for sale in Germany (Moers area). It should have been sold in July and planned to be transported to Teuge airfield soon. There it will be restored inside a hangar and transformed into a former Dutch Air Force D-8060 interceptor from Leeuwarden Air Base as it was in the 60s, in light grey livery and with AIM9 sidewinder launcher rails. We hope to get more information soon about this project. The photo shows the aircraft when it was still operational with JBG34 (thanks to Peter Doll).