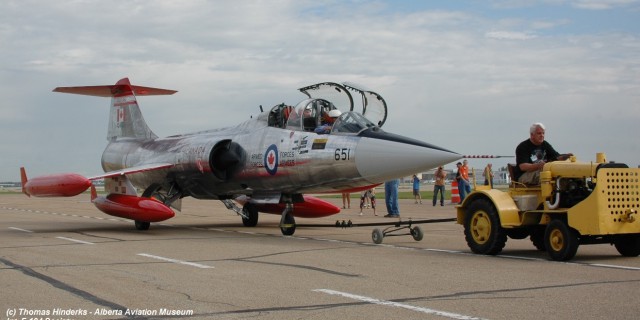 The event Saturday August 17th went extremely well. Over 500 people in attendance and at least that many more through the day.
Guest speakers included Members of Parliment, Members of the Alberta Legislature, The Alberta Minister of Culture and the last pilot of the real 104651 Ricki Wall which flew the aircraft until it crashed.
Among the guests were 30+ former Starfighter personnel air crew, ground crew and civilian (North West Industries).
Among the aircrew were (6) of Canada's original jet fighter pilots that started on Vampire 3s and finished on the CF-104s.